Our 2018 Conference took place on November 4 at Delaware Valley University. It was powerful.

Hundreds of Muslim and Jewish women raised their voices for love over hate! 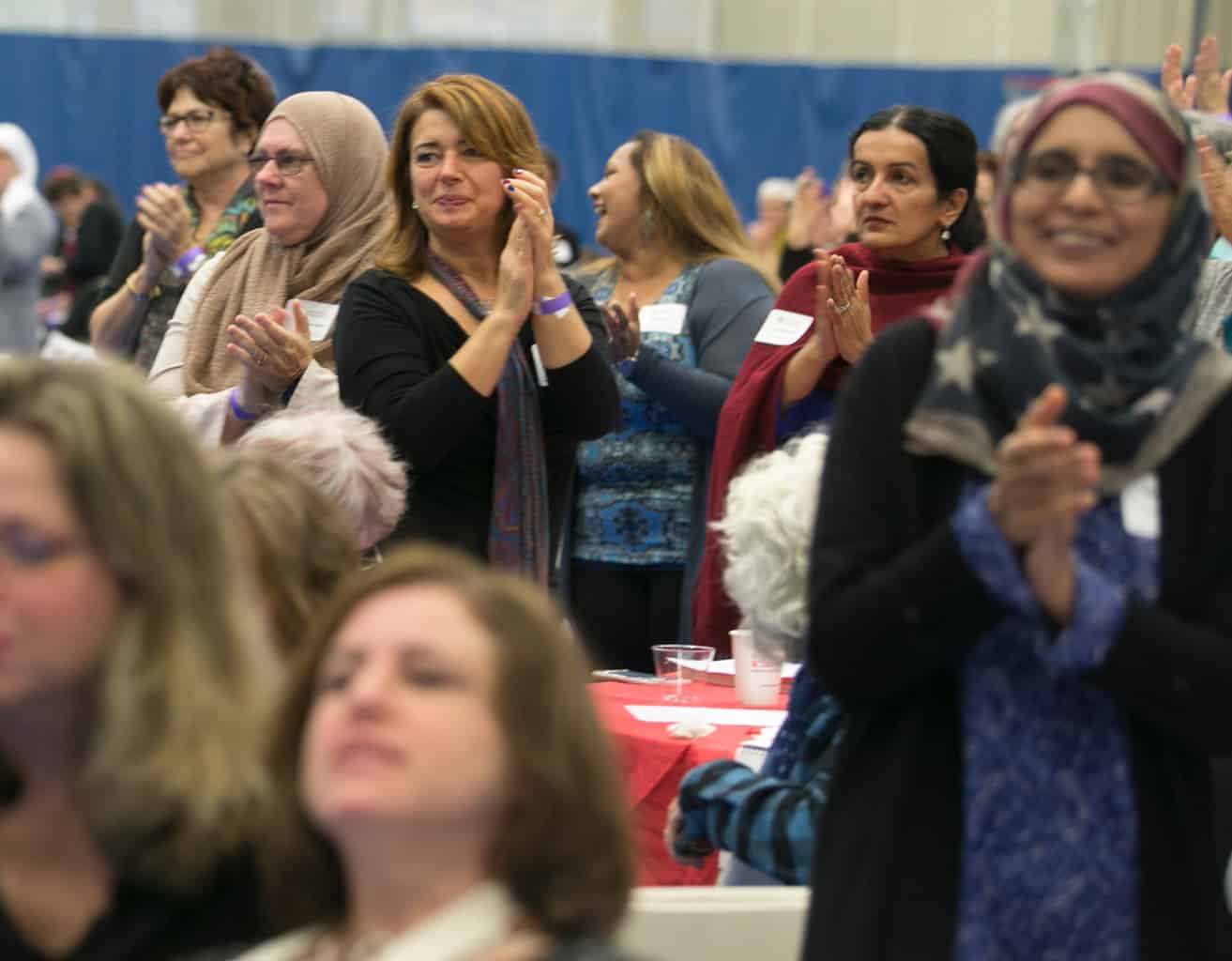 During this transformative day, we: 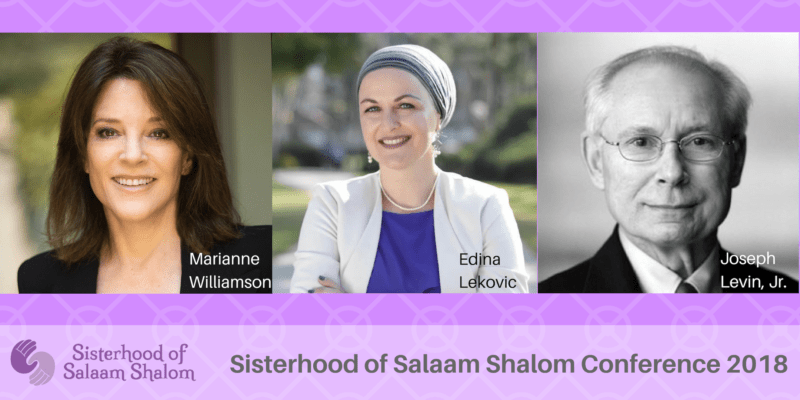 We heard inspiring keynote presentations from:

Marianne Williamson is an internationally acclaimed author and lecturer. For the last 35 years, she has been one of America’s most well known public voices, having been a popular guest on television programs such as Oprah, Larry King Live, Good Morning America, & Bill Maher. Seven of her twelve published books have been New York Times Best Sellers, and four of these were #1. Marianne has been touring the country this year, discussing how a revolution in consciousness paves the way to both personal and political renewal.

Joseph Levin Jr, a native of Montgomery, Alabama, is the Co-Founder of the Southern Poverty Law Center. From 1971, he served the Center in various capacities, including as Legal Director, Chair of the Board, President & CEO, and General Counsel, retiring in 2016. He continues to serve the Center as an emeritus member of the Board. In 1976, as a member of the Carter Presidential Transition Team, Mr. Levin supervised the Department of Justice transition and oversaw preparation of briefing books identifying critical issues for the incoming Attorney General. In 1977, Mr. Levin was appointed Chief Counsel of the National Highway Traffic Safety Administration. Members of The Sisterhood of Salaam Shalom® were privileged to learn from Mr. Levin during our recent visit to the Southern Poverty Law Center.

For 15 years, Edina Lekovic has served as a leading voice on American Muslims and an inter-community builder between diverse faith traditions. Edina is a strategist, storyteller and trainer who works in multi-faith spaces throughout the country. She is a co-founder and board member of NewGround: A Muslim-Jewish Partnership for Change, and a board member of multifaith house of worship The Pico-Union Project. In her previous work with the Muslim Public Affairs Council, she advocated on behalf of American Muslims in news media, interfaith, community, and pop culture spaces. She has appeared on leading media outlets, including CNN, FOX News, Huffington Post, NPR and Buzzfeed. In 2015, she was named one of L.A.’s 10 most inspiring women gamechangers by Los Angeles Magazine. She was also named one of the 500 most influential Muslims in the world by Georgetown University and the Royal Islamic Strategic Studies Centre in 2009.

We learned from the best in class, including Letty Pogrebein, Amy Eilberg. Amanda Quraishi and many others, including the two keynote presenters, Marianne Williamson and Edina Lekovic.