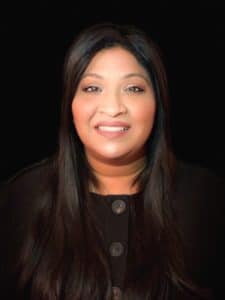 Amira Ishoof is an entrepreneur, social justice leader, mother of two, wife and advocate for peace. Amira has dedicated her life to empowering other women and minorities who have been left behind from educational, civic and economic opportunities. Amira is a founding member of Emgage USA, which is now the largest national Muslim American civic organization. In her role at Emgage, Amira helped to launch and lead a program called EmergingLeaders which focused on developing the next generation of American Muslim leaders.

Amira serves as the Business Development Director for Investments Amazon, where she guides investments in residential properties in South Florida and the Caribbean.

Amira proudly serves as a member of the Steven J. Green School of International and Public Affairs Dean’s Advisory Council at Florida International University. Amira is also a co-founder and co-leader of the Miami Chapter of the Sisterhood of Salaam Shalom (SOSS), an organization committed to building bridges of understanding between Muslim & Jewish Women. Amira serves on the national board of SOSS and also in the capacity of Chair of the Development Committee of the Board.