While still in Europe, and learning firsthand the results of unchecked hatred during the Holocaust, the participants vowed to organize a trip to the U.S./Mexican border.

"National borders are human-made and we humans, who are on the ‘right' side of the border, must help those who are fleeing desperate conditions on the other side"
—SOSS Co-founder Atiya Aftab, NJ

On January 26th, 48 Muslim and Jewish women from all over the US, including New Hampshire, Massachusetts, NY/NJ, Pennsylvania, Delaware, Maryland, Virginia, North Carolina, Florida, Illinois, Kansas, Minnesota, Wisconsin, Texas, and California set off for Tuscon, Arizona.

The trip started with a visit to the Jewish History Museum, which consisted of an Islamic and Jewish text study. The sisters then had an immigration training at Borderlinks followed by a visit to the federal courthouse. It was important for the Sisterhood to serve as witness—both holding the judge accountable and showing compassion for those arraigned.

Operation Streamline began in Tucson in January, 2008 and is a zero-tolerance program targeting and apprehending people who enter do not enter through a designated port of entry along the Arizona border with Mexico. It aims to process and deport 100 migrants a day, and to jail repeat offenders.

That evening, the Sisterhood trip participants were invited to an interfaith dinner organized by the Muslim sisters of the local Tucson Sisterhood of Salaam Shalom chapter. The mosque welcomed 80 sisters and community members for a delicious Middle Eastern dinner. The dinner took place on January 27, the anniversary of the liberation of Auschwitz and the day designated by the UN as Holocaust Memorial Day. The keynote speaker, Barry Kirshner, President of the Jewish History Museum, reminded us how important it is to fight injustice wherever we encounter it.

On the second day, sisters walked the paths of the Sonoran Desert, one of the world’s most hostile environments. Because it is impossible for migrants to carry enough water to sustain themselves, water and other provisions are left in the desert. The sisters waded streams and climbed harsh terrain to leave necessities at specific drops.

“You shall not oppress a stranger, for you know the soul of the stranger,
for you were strangers in the land of Egypt.” 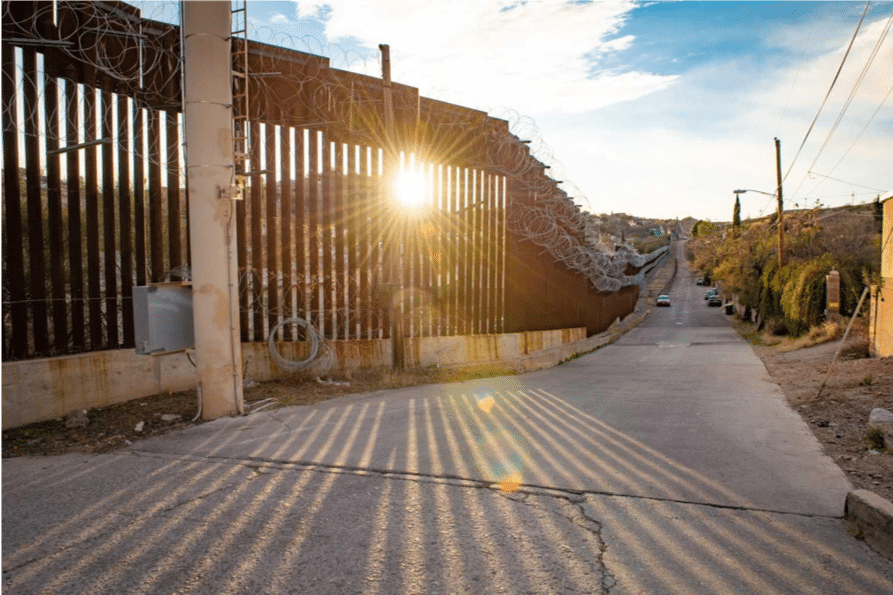 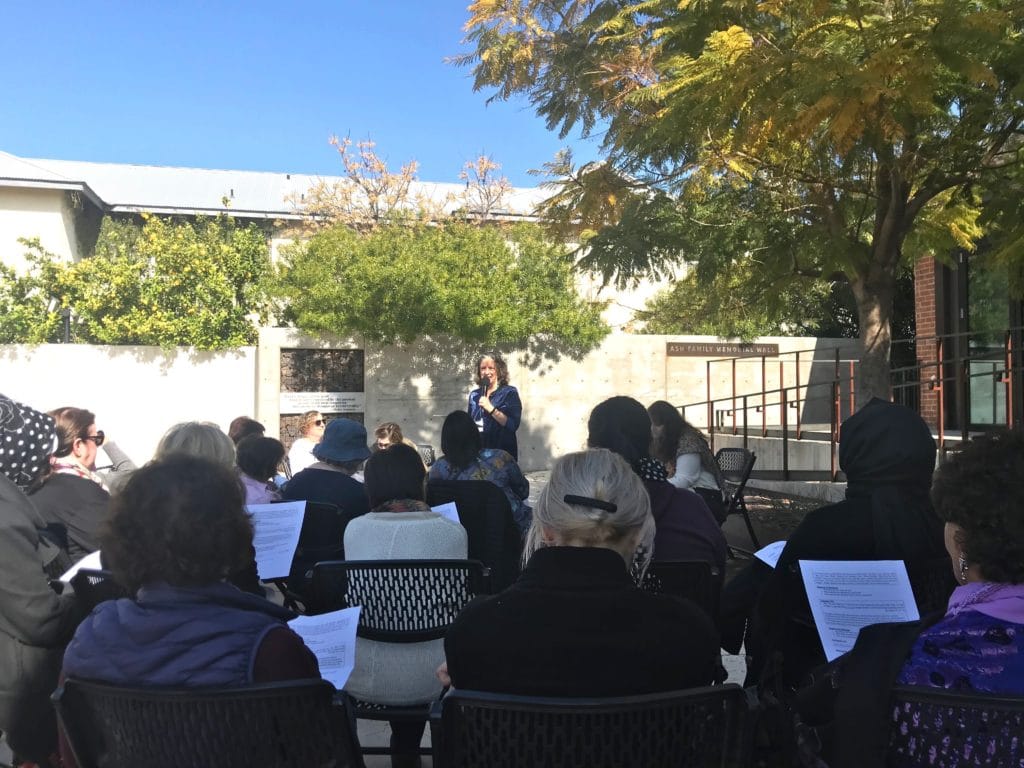 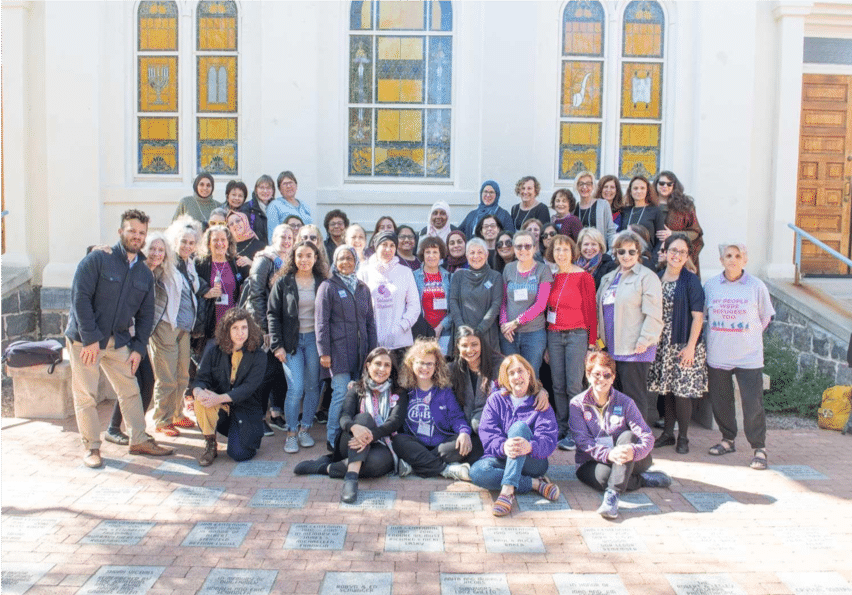 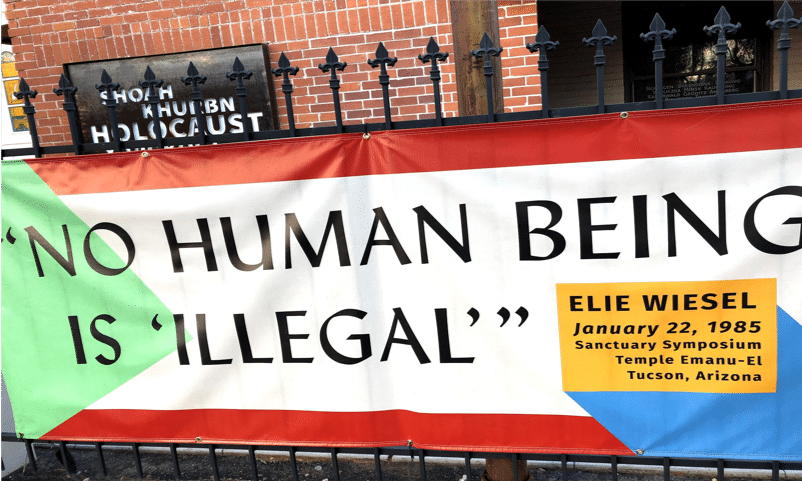 I found the inhumanity of our judicial and immigration system shocking and was horrified to learn that the undocumented are being detained to make money for private prisons.— Debbie W., NJ 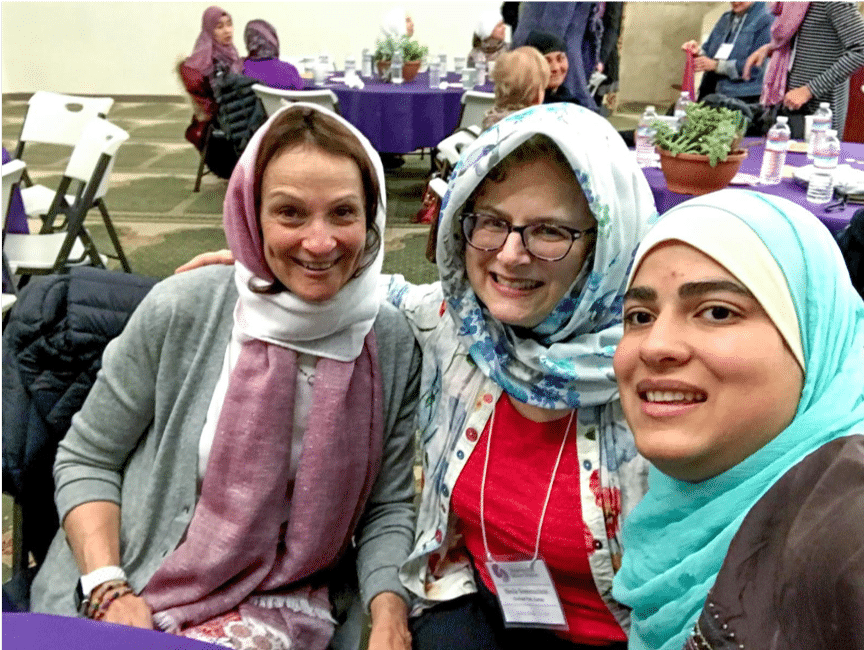 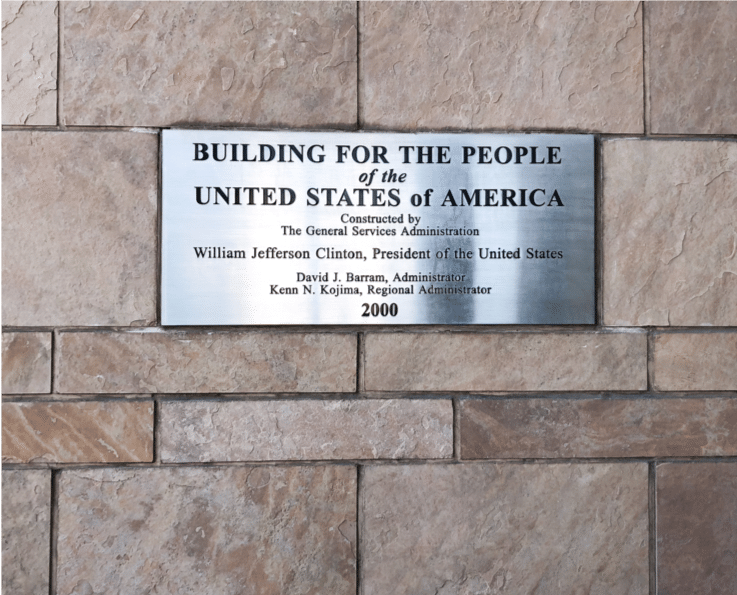 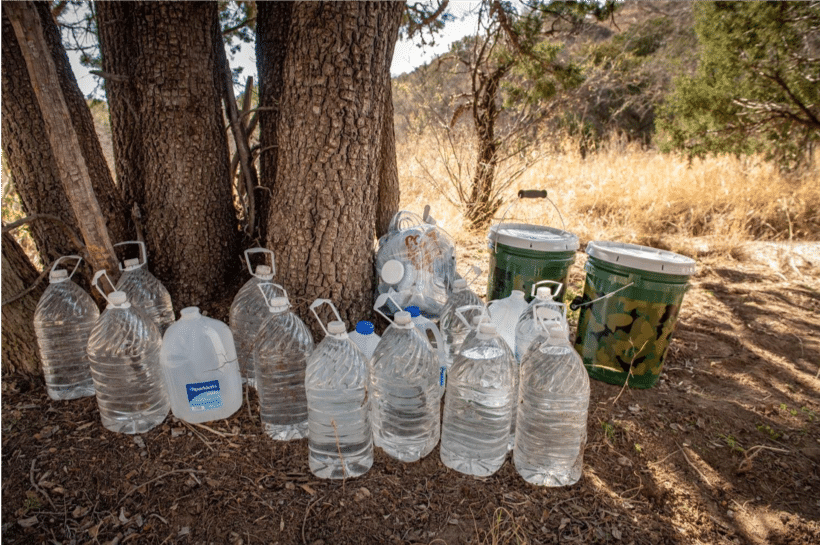 It was heartbreaking to realize that the walk we were taking—in broad daylight in good walking shoes and with a guide we trusted—was the same journey migrants take at night in old shoes led by strangers.—Marion H., DE 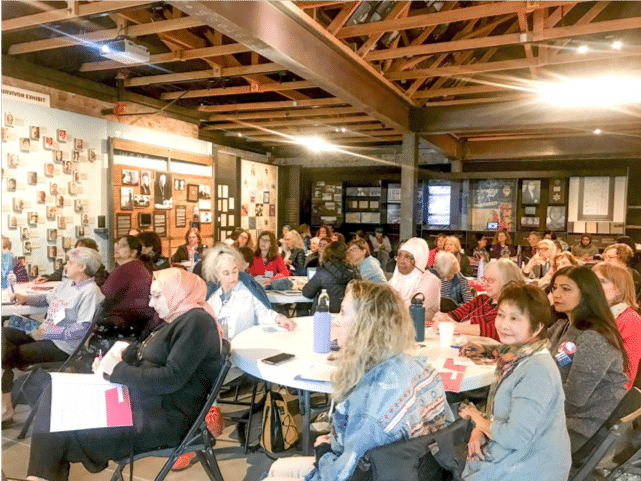 On day four, trip participants volunteered in different ways at Casa Alitas, a beautiful and welcoming shelter run by Catholic Community Services in a space donated by Pima County.  Although the number of migrants reaching Tucson has dropped sharply in the past few months—due to the administration’s Migrant Protection Protocols, or MPP, “Remain in Mexico” policy—there were still some guests at the shelter.

We cleaned, interpreted, interacted, and provided food and hydration. We were witness to people longing for safety. All were holy acts.—Sheila S., KS

También de este lado hay sueños.
There are dreams on this side, too.

This saying was found on the Mexican side of the Wall and it is a powerful reminder that refugees who cross the border are our neighbors.  Their lives, spirits and courageous dreams are just as precious as ours.—Deborah D., NJ

The desert walk was followed by a visit to the Border Wall. The construction of the border wall in Nogales, AZ began in 1994. The wall continues to grow and is enhanced by advanced surveillance technology.  Sisters met with Manuel Morales, who lives on the Mexican side of the border and spoke about the difficulties of daily life on both sides of Nogales due to the wall.

"Nogales, Arizona, and Nogales, Sonora, have always been like siblings—without caring about this division, we always considered ourselves one Nogales. These types of walls divides families and it separates flora and fauna, as well. But when they put this style of wall at least the wind can go through the wall and we can also see each other face to face. I showed my children that when you meet a migrant, don’t treat them as an enemy or as a bad person."

“The Messenger of Allah said:  `Beware of oppression, for oppression will be darkness on the Day of Resurrection.’”
Muslim 2578

On day three, HIAS, the Jewish refugee agency, provided intensive advocacy training so that we can make the case for refugees and asylees with our local, state, and national legislators. Important takeaways from the training were those coming across the border are not refugees, but asylum seekers. Among the basics of the U.S. asylum system is that it is a human right to seek asylum from danger in the U.S. Speaking in personal terms is the most effective way to cultivate empathy among legislators. It is always best to have a specific “ask” of the legislator.

It is not illegal to seek asylum.—Meggie Weiler, HIAS trainer

On the evening of the last day, the 48 sisters were split into 8 groups of 6. They went to dinner together at local restaurants to learn each others’ stories and to debrief about their experience in Tucson. When sisters break bread together, they are able to dive deeper into their similarities, their differences, and strengthen their bonds of friendships.

Later in the day, we met with Rev. Alison Harrington, a pastor at Southside Presbyterian Church. She traced the history of the U.S Sanctuary Movement, which started at her church in the early 1980s and spoke about the needs of migrants in the 21st century.