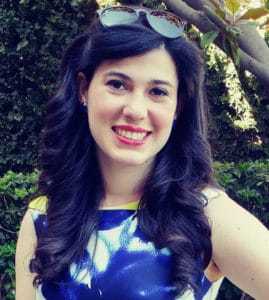 This article originally appeared in the magazine Tablet.

In the Jewish quarter of the Old City of Jerusalem there sits a small jewelry shop. Unknown to most Israelis, the beaten silver engraved pieces it produces have become a ubiquitous symbol of an American Jew who has spent time in Israel. Known simply as a “Hadaya,” after the shop itself, these rings, necklaces, and bracelets are uniform and yet also unique to each person who wears them, individualized at the time of purchase. What you choose to include on your Hadaya may be a verse or passage from the Torah, a line of poetry, the Jerusalem skyline, a constellation, or the name of a sibling—anything at all to make it yours.

My current Hadaya ring is my fourth. The first was lost on Thanksgiving in 2008 when I pulled off my glove on the streets near the center of the city. My second came off the following spring and sunk to the bottom of the Red Sea as I climbed back into a boat. My third ring disappeared three years later and put to rest my tumultuous past with the boy who had given it to me. My fourth was purchased early in the morning last May on my first trip back to Israel in five years. Since so much of me had changed in the eight years between that first Hadaya and my fourth, it was time for me to select new verses.

Deh-ee lifnei mi at omedet. “Know before whom you stand,” written in the feminine directive, calling to me. Its masculine version is a common inscription above an ark housing the Torah in a synagogue, including the one in my high school, which was the only place I’d regularly prayed and meant it. Back when I prayed with that before me, God was a real presence in my life. Today, God is a confusing contradiction, and one that I’d often rather forgo, but thousands of years of history and scholarship of my people won’t allow it. I am unable to stop myself from uttering a personal prayer after I light Shabbat candles or from saying shema at night in bed. God is, perhaps, comforting illusion, cultural heritage, or much more than I’m willing or able to comprehend, but nonetheless one of us can’t seem to let go.

Deh-ee lifnei mi at omedet also serves as a much-needed reminder that the person standing in front of me is a manifestation of and created in the image of that which I cannot otherwise find. No matter how my own day is going, no matter any sense of personal superiority I might feel, I am reminded that the person before me is created betzelem elokim, in the image of the Divine, and is therefore entitled to my civility.

On the inside of the ring is inscribed vetomar elech, “and she said, I will go.” Rebecca the foremother, when asked if she would leave her home, her land, her family to start a new life far away, adopted the language of Abraham and said “I will go,” in many ways becoming the heir to her father-in-law’s legacy, which her husband would never have the strength to be.

The inheritor of Judaism. I liked that imagery, first glimpsed in the writings of Judy Klitsner. And doubly so, I go. I am often happiest, the least lonely, when I am on the road. Airplanes and buses, trains and taxis give me a stronger sense of purpose than sitting still in one place that feels like a version of home.

My roots are in Judaism, in the first word of my identity politics scrabble. But lately they feel more strained than they used to. More struggle, less joy. But maybe that’s how all grown-up relationships are? The joy and struggle more in flashes, less in absolutes.

Ever since college, where I met some of the sharpest friends I’ve ever had, I’ve been questioning my relationship to theology. On Wednesday nights some of us would sit around a bottle of wine, debating the nature of revelation and divinity. I think my saving grace in those years and since has been my commitment to interfaith work between Muslims and Jews. Explaining my practice and confused grasp of obligation and delight to someone “other” has forced me to clarify, define, and articulate my beliefs over and over, until they resemble the best version of what I can believe today. Deh-ee lifnei mi at omedet.

In early December, I woke before dawn to travel down to Princeton for a conference of Muslim and Jewish women organized by the Sisterhood of Salaam/Shalom. At the end of the day, in a session I almost skipped, we grouped off into threes and fours and spoke about why we care about Israel and Palestine, what we feel and hope for, our worries, our motivations. I was with another young Jewish women and a Muslim woman in her middle age. Fatima, I’ll call her. After speaking of our own pain and confusion, we were asked by the facilitator to close our eyes and sit in silence or in prayer for one minute. Fatima grabbed each of our hands in hers, forming a small circle. She closed her eyes to see God, and as I quietly opened one eye, I, with my agnostic heart, saw God in her.

Chelsea Garbell has worked as a researcher at the Of Many Institute for Multifaith Leadership at NYU, and as the global program coordinator at the Bronfman Center for Jewish Student Life at NYU. She sits on the board of the American Jewish Committee ACCESS NY and is co-chair of the Muslim-Jewish Taskforce on the Global ACCESS Steering Committee.

This article originally appeared in Tablet.