“Those who do not remember the past are condemned to repeat it.”— George Santayana 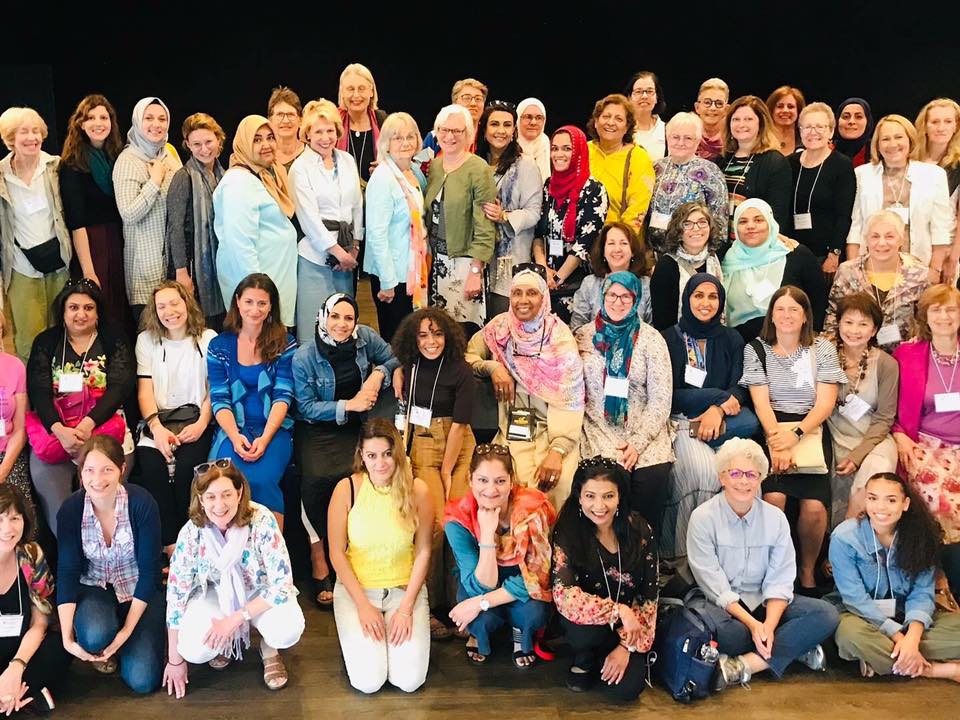 “Education and remembrance are the only cures for hatred and bigotry.”— Miriam Oster 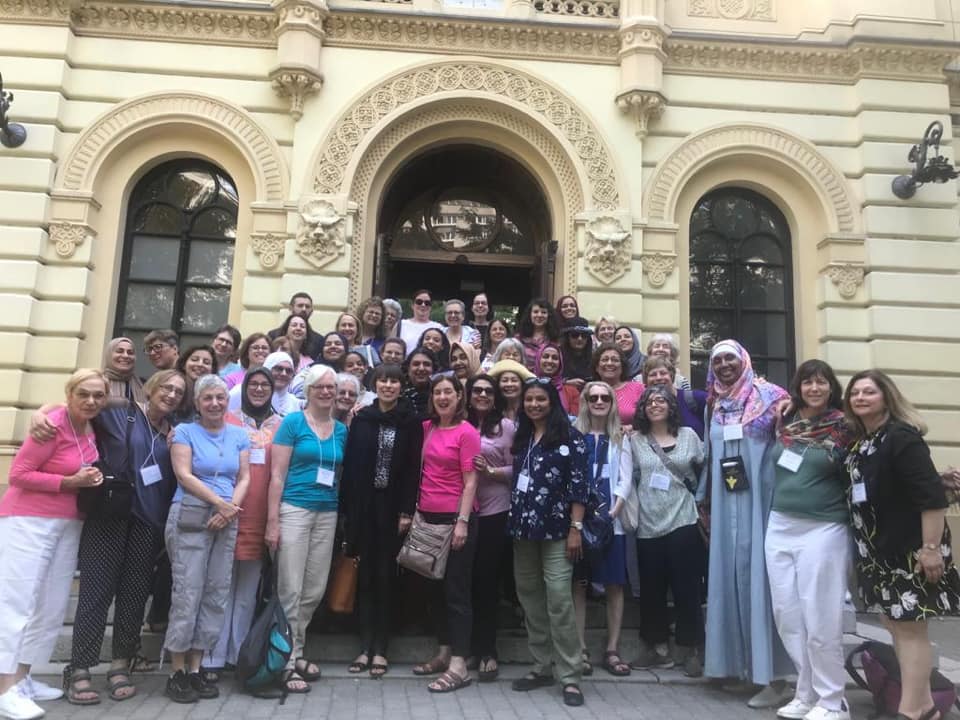 “History and our role in it are being written today. We have the chance, a tiny window, to get it right this time. Never Again truly is now.”— Heather Ciociola, trip participant

Our annual trips, which started in 2015, emphasize the importance of shared experiences and learning about the “other” together. Previous trips have included journeys to the Balkans — Bosnia and Albania — in 2016, Azerbaijan in 2017, and a trip along the Civil Rights trail in the southern United States in 2018.

For this year’s trip, we went to Germany and back to the Sisterhood’s origins in Poland. It was there, in 2010, co-founder Sheryl Olitzky made a commitment to change the rising tide of hate she witnessed both in the United States and abroad, particularly against minorities. This trip, which examined the hate and extremism that gave rise to the Holocaust, was particularly significant set against the backdrop of hate surrounding “the other” today. Confronted both by historical and present-day hate, we reaffirmed our mission to stand up to hate in all its forms.

Led by Muslim Holocaust expert, Dr. Mehnaz Afridi, over 50 Muslim and Jewish women and teens gathered in Berlin and spent several days exploring the city. They visited the Holocaust Memorial to Murdered Jews, Beleplatz, the plaza that was the site of one of the earlier large book burnings under the Nazis, Checkpoint Charlie, and Track 17, where 50,000 Jews were deported to concentration camps. They prayed together at a synagogue for Shabbat prayer and at a mosque for Jummah prayer, and attended dinner and a concert at the Dar Assalam Mosque. They met with local Syrian refugees and also with an NGO fighting anti-Jewish and anti-Muslim hate. 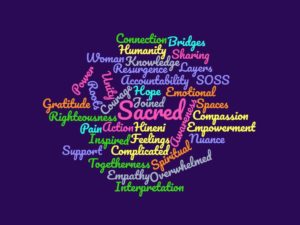 “When others witness and hold our individual and collective pain—when we truly see and feel the pain of others, even through our own pain—when we show up for hard and honest conversations and can still comfort and support each other with deep and immutable love at the most basic human level—that is sacred, that is the height of humanity.” 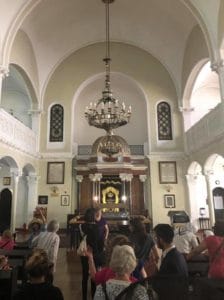 Sisters repeatedly saw art designed to remind viewers of the consequences of institutional hate and the refusal to stand up to it. In Berlin, there’s an installation comprised of signs, some as simple as a painted loaf of bread, or musical notation, and a corresponding Nuremberg law on the back, explaining restrictions placed on Jews. At the East Side Art Gallery, local artists were invited to paint a celebration of the freedom of expression on what remains of the eastern side of the Berlin Wall.

“This trip is a much-needed light in today’s world…[the trip] exemplifies our desire to look at the hard stuff, learn from it, and make the world a better place.” 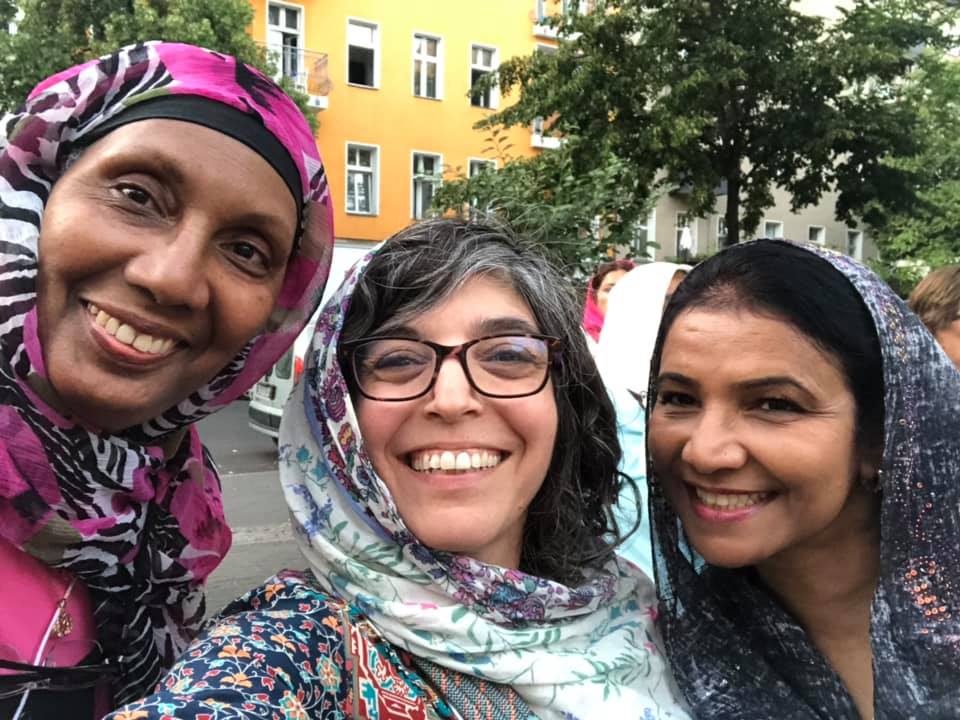 The group visited the Polin Museum in Warsaw and memorials to those who perished in Krakow, and met at the Krakow JCC, they met with Jewish, Muslim, and Christian activists dedicated to interfaith engagement. They also had the opportunity to meet Barbara Pawlic-Miskiewicz, the wife of an imam and active interfaith leader in the Turkic-speaking, Tatar Muslim community. These practitioners of Sunni Islam have lived in Poland since the 14th century, and Barbara shared with the group some of her people’s lineage, history, and cultural traditions. They made a historic visit to Auschwitz I and II, the first known time that Muslim and Jewish women and teens travelled together to the extermination camp and conducted a memorial service incorporating memorial prayers in English, Arabic, and Hebrew to commemorate those who died. The sisters held each other, cried together, and experienced the pain through each other’s eyes. 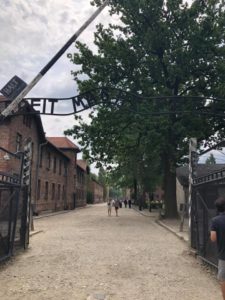 “It’s weird to say that this was one of the “high points” of the trip. I have no words that can express the sheer compassion and love and sacredness that filled the room where we chanted and prayed and stood in silence. Where we said the names of the 43 Muslims who died there. Where we said the names of Jewish family members and other loved ones who died there. We all stood there together, arms around each other, surrounded by the deepest sadness and pain and the purest compassion and love in a place that has seen the deepest dehumanization and hate. In addition to being Jewish and Muslim, we were all also simply human, feeling our own and each other’s feelings equally, none suffering more or less, all witnessing our collective and individual sadness and love for each other. In a place that has seen such ugliness, it was incongruously beautiful.” 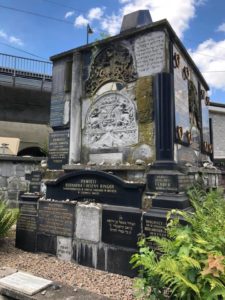 Throughout the experience, women reflected not only on the horrors of the past, but their implications in the current-day. They honored the lives of those who were murdered and also found moments to cherish newfound friendships and sparks of hope.

Sisters travelled to one of Krakow’s two Jewish cemeteries, where the majority of graves are unattended and covered in weeds and many headstones are missing or broken. As a sign of respect and in memory of those buried there, women cleaned gravestones and tidied plots. After these efforts, one woman said, “I’m sure to think about our visit and what it means to be cut off from your ancestry. My heart aches over the immigrant detention centers. So much pain in the world. Maybe it’s important that our hearts stay at least a little broken, to keep our compassion as fuel.”

“We can’t change the past, but we can rewrite history by changing the future. This trip gave Sisterhood participants the foundation to do just that.” –Sheryl Olitzky 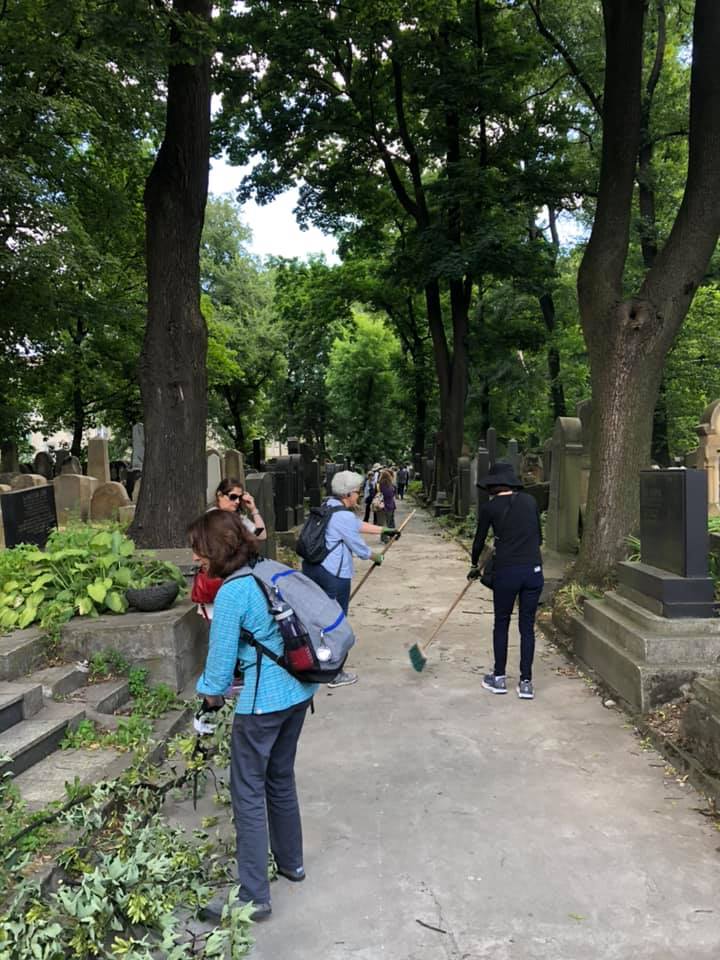 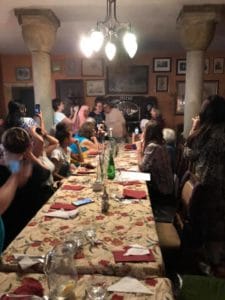 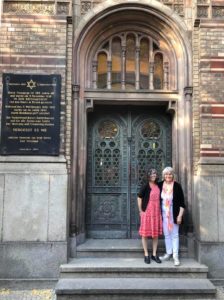 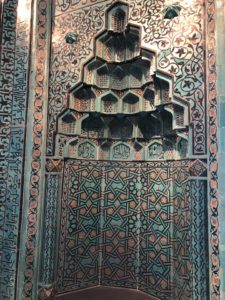 “Nothing will change unless and until we make it change.”

See media coverage of the trip: 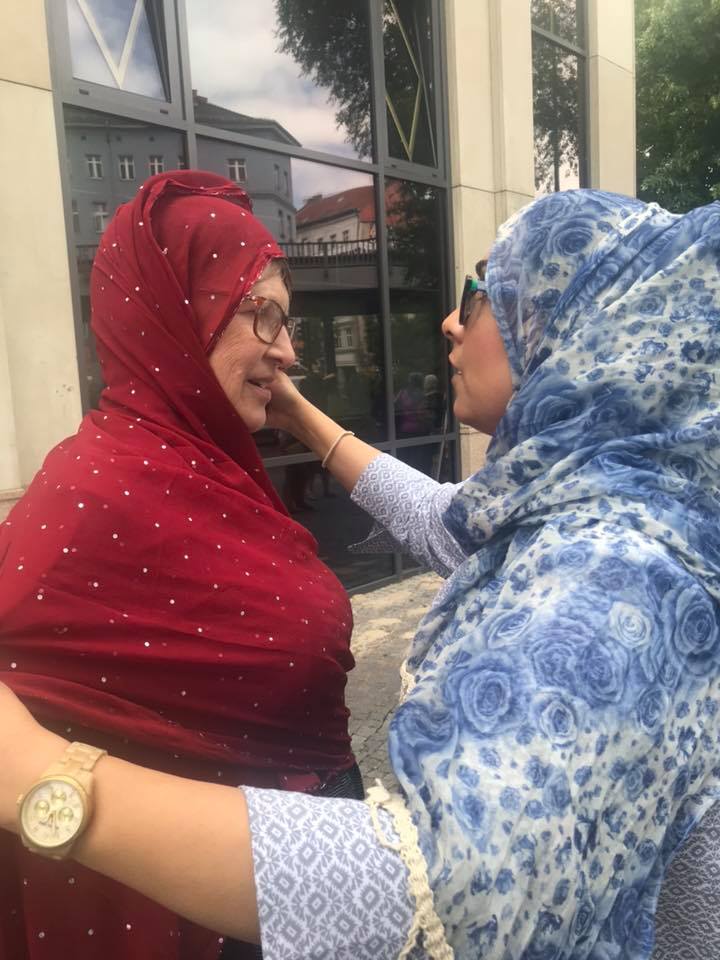 “May we continue to move forward together to educate others, support each other, build bridges and stand up for those who need us. And may we also remember to stop, rest, contemplate, and heal ourselves along the way. There is much work to be done, and our desire to leave this world a better place for all children will guide us.”