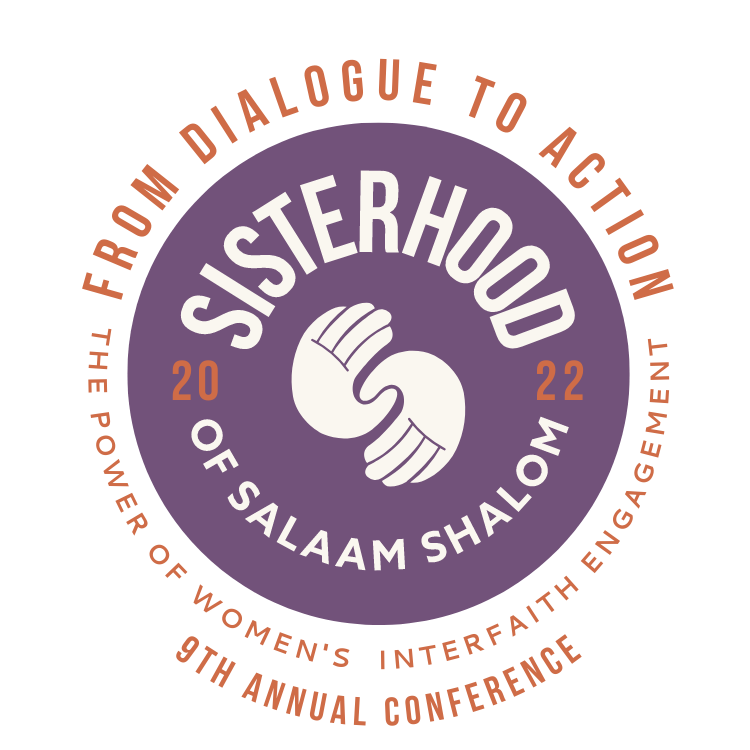 What a weekend! On November 12 and 13, 2022, the Sisterhood held its first hybrid conference- in-person at Goldey-Beacom College in Wilmington, Delaware and online, with attendees joining from as nearby as Philadelphia and Washington DC and as far away as California, Oregon, and Canada!
Musical group Trio Sefardi opened the conference with a multilingual concert on Saturday evening, followed by a dessert reception. On Sunday, participants in-person and online were treated to keynote presentations from Sofia Ali-Khan and Tamar Manasseh, workshops by a lineup of experts in interfaith and spiritual leadership, author meet-and-greets, book signings, and more. Highlights of the day were learning together, sharing space, and embracing sisters new and familiar after so much time apart! The smiles in the photos say it all! We were so glad to be sharing sisterhood together again! 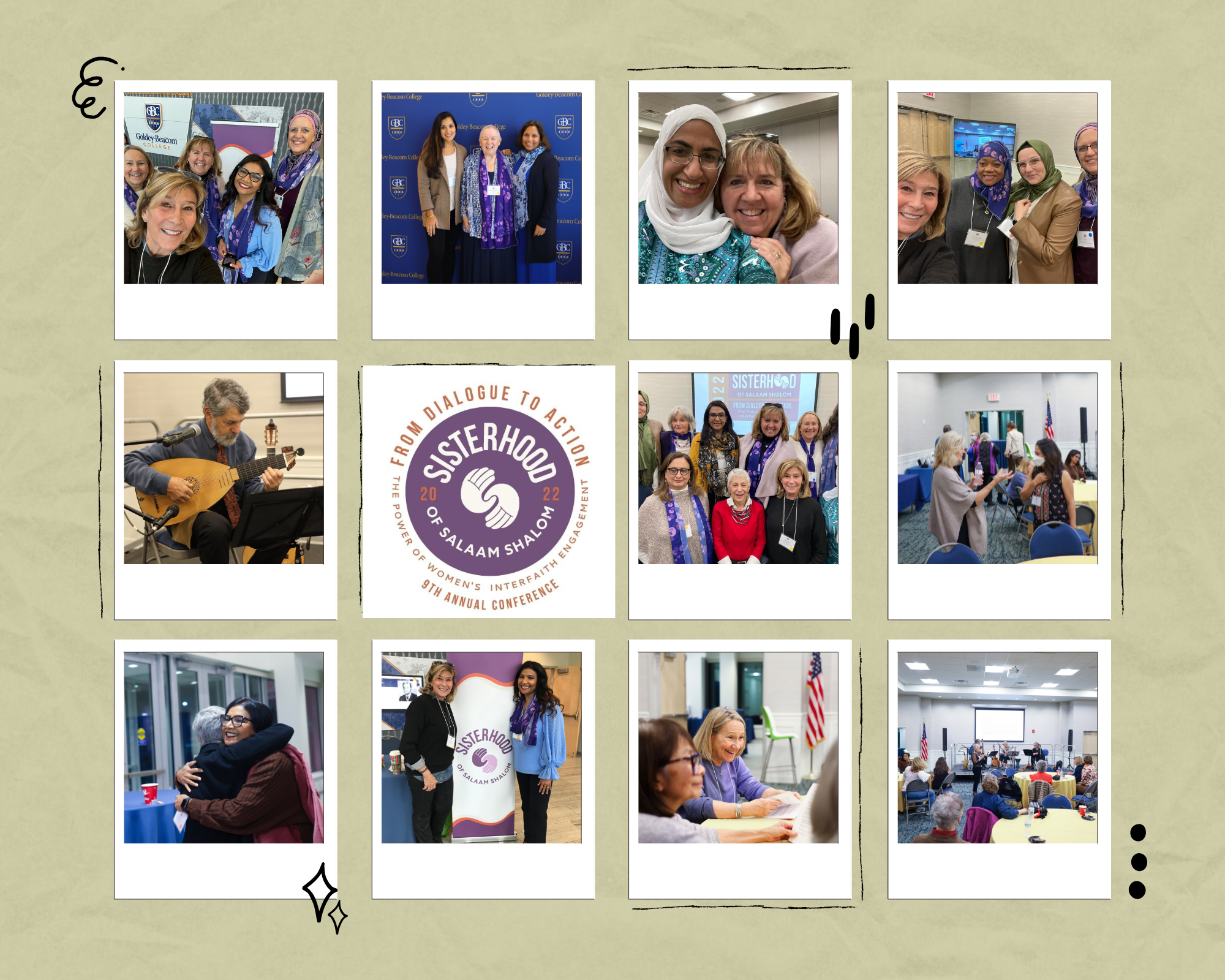 We are thrilled to invite you to our first in-person conference in 3 years!  Our 9th annual Sisterhood conference, will take place in-person at Goldey-Beacom College, in the beautiful and historic Brandywine Valley in Delaware, and online wherever you are!

In-person tickets will be limited so make sure to get yours early! Those not attending in person will have the ability to be "in the room" with our speakers and meet other sisters online!

Sofia Ali-Khan is a social justice lawyer-turned-writer and is the author of A Good Country: My Life in Twelve Towns and the Devastating Battle for a White America (Random House, July 2022). As an attorney, Sofia became a national leader on the right to language access and practiced in the areas of welfare law, immigration, housing, community economic development, and Medicaid access, founding an offsite legal clinic for undocumented workers with health emergencies. She was also a founding board member and activist with the Philadelphia chapter of the Council on American Islamic Relations (CAIR), and has spoken to dozens of academic, interfaith, theater and radio audiences on aspects of Islamic faith and history.  Sofia has also worked in a domestic violence shelter, as a hate crimes researcher and as a community organizer.

Tamar Manasseh, an African-American Jewish mother of two teenagers, is Founder and Director of “Mothers and Men Against Senseless Killings” (MASK), an organization fighting gun violence on the streets of Chicago since 2015. She is subject of features by NBC News, the PBS Newshour, the New York Times, the Forward, and a full-length documentary, "They Ain’t Ready for Me." She is also, in what Rabbi Capers Funnye has described as “a watershed moment” for the Israelite community,” the first woman ordained to the rabbinate at Chicago’s Beth Shalom B’nai Zaken Ethiopian Hebrew Congregation.

Join us for a day dedicated to gathering with fellow sisters, developing new skills, learning from renowned experts, and doing your part in creating a just, peaceful, and inclusive world.

What you can expect

Workshops - building and expanding on our work and looking at how each of us brings a unique perspective to build our collective strength.  Topics will include Leadership Training, Spirituality and Healing, and How to Cope with and Prevent Anti-Jewish/Anti Muslim Bigotries.

Book signings with various authors connected with the Sisterhood

Networking and Building Relationships from across the Sisterhood in small group discussions on the day of the conference plus an additional opportunity at a Welcome Event on Saturday evening! 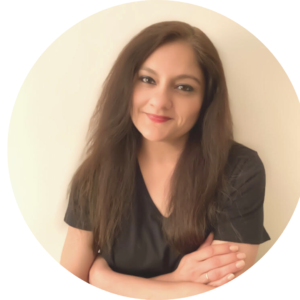 Exploring Connections between Racism and Religious Discrimination in the US

Learn about the roots of racism in the United States and how they are tied to Antisemitism and Islamophobia. Dr. Afridi will highlight major periods of history that demonstrate the connections of extremist groups in the US to racism, antisemitism and islamophobia.  She will further reveal how these movements are tied to racist ideology. 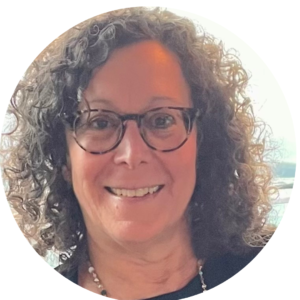 Changing the World from the Inside Out: Tools for Stress Reduction, Whole-Being Wellness and Resilience

These past few years have left many of us feeling depleted, burned out, and overwhelmed with personal and societal challenges. Where do we find the inner resources to cope wisely and well with all that life brings and to sustain our hopefulness and drive to create the lives we want for ourselves and the just society we want for all? This workshop will be both informational and experiential, offering us tools to reduce stress and  "recharge our batteries". Taking care of our own well--being can allow us to flourish and be of greater service to others. Join me in exploring practices that scientific research, spiritual teachings, and religious traditions all agree are good for our bodies, hearts, minds, and souls. 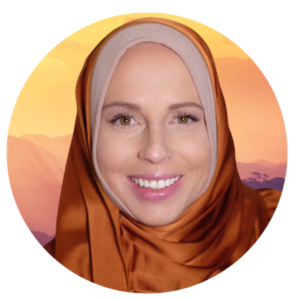 Learn and understand how culture and religion can impact the way we connect, communicate and lead others. In this experiential workshop you will explore different leadership models and styles, understand how our identity, religion and culture can impact how we show up in the world around us. You will understand your own unique leadership style and discover other ways you can lead effectively. 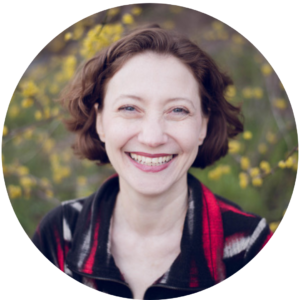 Our teens will be having their own workshop with Elizabeth, the Founder and Executive Director of JGirls+ Magazine.  Elizabeth will be discussing how teens can use their voices to affect change regarding the major issues facing their generation.

“Choosing my favorite part of the conference is so difficult! Keynote speakers were great and the choice of breakout programs was wonderful!” ~2021 Conference Participant

Join your fellow conference attendees for a special concert and welcome event on Saturday evening, November 12th from 8:00pm - 10:00pm featuring Trio Sefardi! Tickets are available when you purchase your conference ticket! Coffee and desserts will be served! 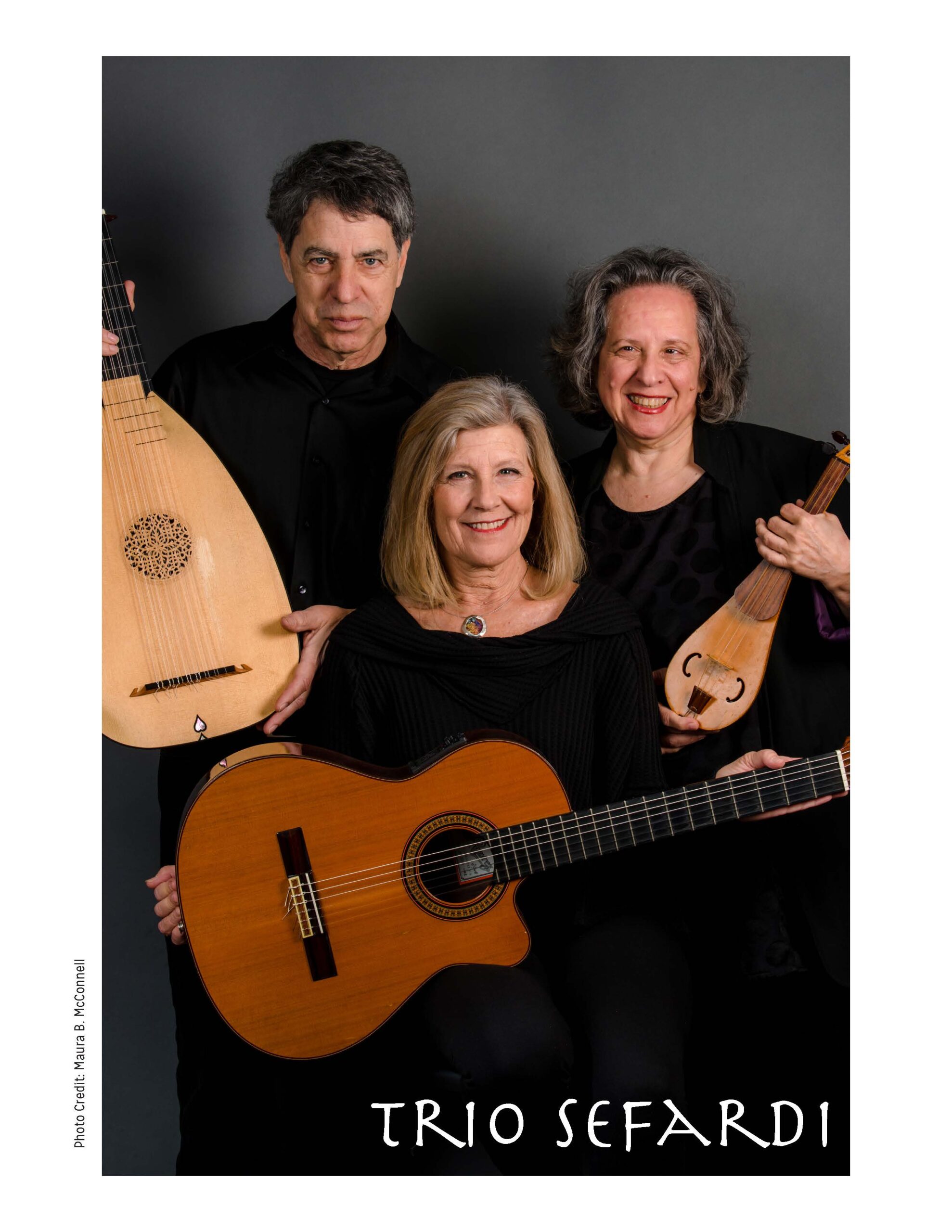 TRIO SEFARDI, a northern Virginia-based ensemble, performs traditional songs of the Sephardim, the descendants of Jews exiled from Spain in 1492. Their repertoire draws on the song traditions of Sephardic communities from the former Yugoslavia, Greece, Bulgaria, Turkey, and North Africa, with a special emphasis on traditional and original songs they learned from their mentor, Bosnian-born singer/composer and 2002 National Heritage awardee Flory Jagoda. The trio has performed extensively at prestigious East Coast concert venues, festivals, synagogues, and Jewish community centers since forming in 2010.

Members of the trio are Susan Gaeta, lead vocals, guitar; Tina Chancey, back-up vocals, viola da gamba, Renaissance violin, Pontic lyra, rebec; and Howard Bass, lute, guitar. The members combine Susan’s extensive experience with jazz and folk music, Tina and Howard’s early music background, and the influence and inspiration that Susan and Howard derived from fifteen years of working and touring extensively with Flory Jagoda. Trio Sefardi programs provide audiences with an opportunity to hear songs sung in Judeo-Espanyol (commonly known as Ladino) that have been passed down through the generations as well as newer songs composed by Flory that celebrate the memory of now-lost communities of the Balkans.

The trio has produced three CDs: Sefardic Celebration (2011), Kaminos (2016), and La Yave d’Espanya (2019). In addition to their standard programs that include songs of love and loss, holidays and hope, they offer a multi-media program about their mentor entitled “La Nona Kanta: The Remarkable Life of Flory Jagoda,” which combines filmed interviews with Flory, live music, animation, maps, still images, and spoken narration. “La Nona Kanta” is presented in conjunction with the United States Holocaust Memorial Museum. The museum’s International Outreach Office Jaime Monllor says of this program, “We believe “La Nona Kanta” will give audiences, young and old, Jews and non-Jews alike, a shining example of one person’s triumph over adversity and will lend new meaning to the on-going battles against hatred and prejudice.”

“There is something in the air – the sense of power and possibility – I always leave the conference feeling energized, inspired, and ready to take on the world.” ~Lisa

Sponsoring this year's conference enables this important event to be accessible to the greatest number of people possible, allowing supporters to join us from around the globe as we spend the day learning from experts and engaging in this critical work.

Since 2014, our annual conference has been the largest, North American-based gathering for Muslim and Jewish women and allies seeking to build community, develop skills, and advocate for an end to discrimination, prejudice, and hate. Your support helps ensure that conference attendees will take home new tools to further prepare themselves to advocate, educate, and become leaders on the front lines against ignorance and bigotry.

Through joining us as a sponsor for From Dialogue to Action, you’re signaling your commitment to interfaith engagement, to building just and inclusive communities, and to seeking peace, not only to hundreds of conference attendees but to all who participate in our work. 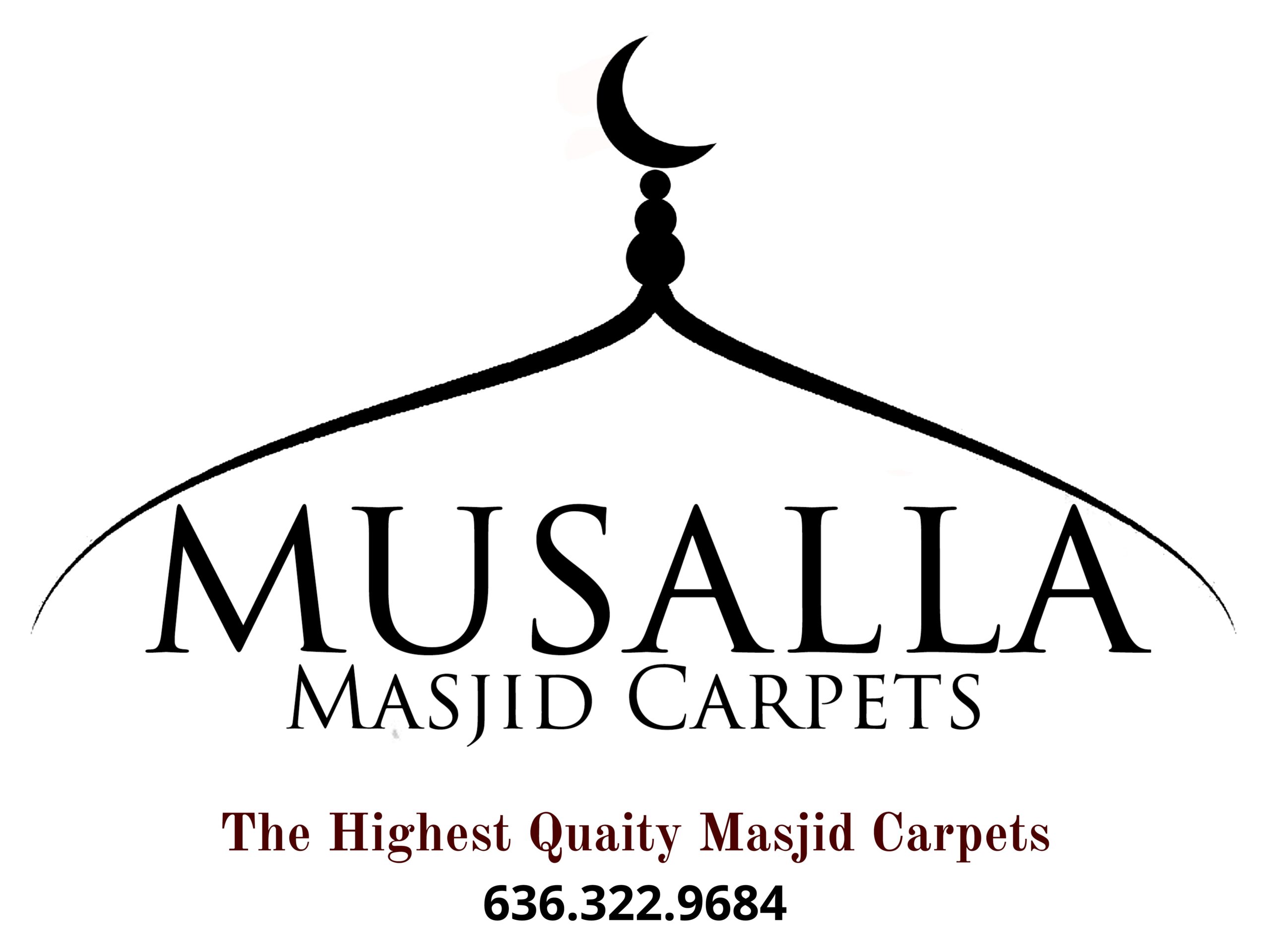 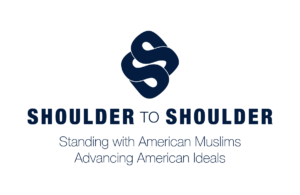 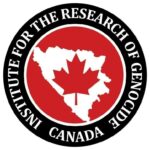 The Sisterhood has secured a rate of $169/night for King non-smoking rooms. Use the link below to reserve your room today! Discounted rate is available until October 11, 2022.

The Sisterhood has secured a rate of $139/night for King non-smoking rooms. Use the link below to reserve your room today or you can visit HiltonChristina.com and use group code SISTER.  Alternatively, you may also call 302-454-1500 and use the same code! Discounted rate is available until October 13, 2022.